I'm told my career as an actress came at a very young age, when I was overheard giving blocking and motivation directions for a game of cops and robbers to the other neighborhood children. I'm told I was persuasive. I try not to think about what that means.

I've been an avid film buff (read: obsessive fangirl) since I was a child - growing up on classics of the silver and small screens - but I wouldn't realize my passion for acting for a few more years yet. My first official foray into the acting world was also my first setback when I was passed over to play Lucy for "You're a Good Man, Charlie Brown." I'm a natural mimic, which is to say that I was really good at remembering lines from movies and shows, and the way that they were delivered by the original performer. I wanted to do Lucy the way I'd seen her in the cartoon, and while my acting nailed a number of important moments, I didn't have a strong singing voice, so our director chose someone else for the role. It would be the first indication that an actor's presentation of a character does not necessarily reflect the director's vision, and that strict adherence to source material can hamstring you. Ah, well. Live and learn.

The next time I stepped on stage, it would be in high school, and I found my niche: musicals, characters with accents, the Wicked Witch... I fell in love with performance (despite my shyness), especially musically, joining swing choir and jazz band (where I learned to play the drums). I appeared in competitions and plays throughout high school and then entered the Dramatic Arts program at the University of Nebraska at Omaha.

At UNO, I focused on acting, directing, stage management, wardrobe, and costume history, while receiving a rounded education in all aspects of theatrical production. My acting training followed modern and classical methods, which were applied to UNO's experimental theatrical productions, as well as a deep focus on mythos and archetypes, a serendipitous ELEPHANT that happened to coincide with my study into arcane and esoteric knowledge. Following the philosophy of my program, that an actor (and an artist) should have a good understanding of all aspects of the world in order to deliver the most truthful performances, I also gained knowledge in all areas of education: STEM, humanities, and the Fine Arts. I particularly liked studying the humanities - a passion I picked up from my parents, an anthropologist and a historian - which allowed me to get to the core of my characters and create richer performances. I received dance and vocal training for stage and music, and have worked with multiple dialects for the stage and screen.

In addition to traditional theatrical study, I continued to study film, now with an eye toward craft, and began seeking work in the film industry, both in front of and behind the camera. I also worked in many capacities for the Nebraska Shakespeare Festival (NSF), including teaching Shakespeare to K-12 students through the outreach program Shakespeare Unbound. In this program, I learned stage combat and supplemented that training with martial arts such as fencing, Yi Li Chuan, Tai-Chi, and more.

After graduating with a Bachelor of Arts in Dramatic Arts, I moved to Austin, TX, where I became a photographer and model, giving me a whole new layer of understanding to filmmaking. I learned about the distribution side of the film industry, as well as continuing to study my craft through contests, challenges, and improv. I have studied multiple languages: German, Spanish, Italian, French, Russian, Mandarin, Japanese, Gaelic, and American Sign Language (ASL). I gave vocal coaching lessons and focused more on writing.

It was also during this time that I received my Autism Spectrum (AS) diagnosis. It seems that so many of the difficulties I'd had in life had a reason. This was a revelation, as was the discovery that I had been compensating for all the things that kept me from relating to others (and thus kept me from pursuing my dreams) by hyper-focusing on how to work with those things to make my own path. I had been finding coping mechanisms and workarounds my whole life, and I didn't even know it.

In 2017, I moved back to the Midwest to recover from illness and care for an elderly relative. During this hiatus, I expanded my talents in writing, photography, and history. I continued to study film, creating a film critique blog, and starting a pop culture and fandom podcast with my best friend. I also began training in Krav Maga (before the world fell apart) and took up archery (after the world fell apart). During 2020's tumultuous social upheaval, I stepped up activism efforts by creating a resource for cultural literacy. I plan to expand it moving forward.

These days, I continue to study and seek work in the industry I love, focusing mostly on film and voiceover work. I'm also learning the editing and cinematography side of film work and have already begun experimenting and looking for opportunities. 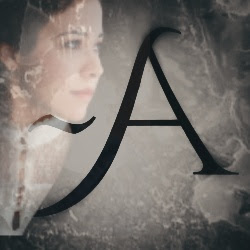 Approximately Andromeda
Actress, Mixed-race WOC, Autistic, Witchy, Middle-age...identity is tricky, and I've got my hands full. As I navigate my way back to one of my passions, I expect to fail hard, to get back up, explore what it means to be all of these things, and share this sometimes confusing journey through my Identity (with a capital 'I') with you, Dear Reader....and if it helps, I'm also a Pisces.